“The arc of the moral universe is long, but it bends toward justice.”
– Dr. Martin Luther King Jr. 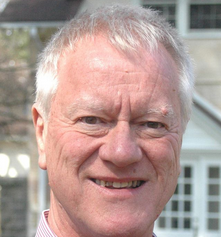 Thus GEORGE LAKEY, MNS co-founder, strategist and trainer, begins his 2019 manual, “How We Win: A Guide to Nonviolent Direct Action Campaigning.” And none are more qualified to interpret and promote MNS’s approach to “Analysis, Vision and Strategy,” having lived, learned and developed it throughout his six full decades as a leader in many movements and campaigns from Civil Rights and Vietnam to the Movement for Black Lives. See his many articles and essays at WagingNonviolence.org.

See Lakey’s timely video summary, Polarization & “How We Win”
(30-min.) and the trailer for his new bio doc at GeorgeLakeyFilm.com.

And in “How We Win,” Lakey argues for the need to “build an [intersectional] movement of movements” based on a “practical and radical vision” that:

BILL MOYER (1933-2002), MNS’s other most influential strategist and co-founder, is best known for his “Movement Action Plan” (MAP) conceptual framework. Its comprehensive descriptions of his “Eight Stages of Social Movements” and “Four Roles of Activists” are detailed in his seminal organizing manual, “Doing Democracy: The MAP Model for Organizing Social Movements“, all explained at  Activisttraining.org

“For every thousand hacking at the branches of evil, there’s
only one digging at its roots.” –  Henry David Thoreau